In a pre-pandemic world, the idea of interviewing for a new job without meeting the team in person would have seemed strange at best. Now, as many companies have shifted to remote work, many job candidates and employers have happily adopted remote interviews as the new standard.

Remote interviews come with their benefits, but figuring out whether the team and role are the right fit for you tends to be more difficult virtually. This makes it all the more important to look out for things that seem off, whether it’s with the role, the team, or the company as a whole. Here are five red flags you shouldn’t ignore during your interview process:

Nearly every company will claim that people are their biggest asset—but truly living that value goes far beyond simply paying salaries each month. Candidates are demanding growth opportunities—Hired’s survey of software engineers showed that 83% of respondents selected a career in software because they wanted ‘new challenges and continuous learning’. Being able to see how your career will grow at your next company is an important part of evaluating whether it’s the right place for you.

During your interview process, ask for details on how the company helps employees grow—from stipends for training programs to upward potential within the team you’re interviewing with or lateral moves to other business units. If you’re interviewing for a company that’s adopted a hybrid model, you may also want to question how growth opportunities differ between remote and in-office employees (particularly if you’ll be remote and worry that might impact your upward trajectory). If your interviewer is dismissive about your worries or can’t give a clear answer to what your growth potential might look like, this could be indicative of deeper issues—so it’s worth probing further to ensure the company truly cares about empowering and helping every individual on the team grow and thrive.

2. You aren’t invited to meet the rest of the team

Sure, you probably won’t meet a team of 40 before starting, but it’s fair to expect to at least interview with the key people you’ll be working with. Employees (and particularly managers) may always seem to be busy, but making the right hires means assessing personality fit as much as hard skills, which requires interviewing with a few of the team.

If it seems like you’re not being given the chance to meet enough of your potential future colleagues, you might even suggest a team interview or 30-minute virtual coffee with a few of them. Remember, job interviews are as much about you interviewing the company as they are about them questioning you—so if you feel you would benefit from meeting a few more of the team, it’s absolutely worth saying something.

3. They get uncomfortable talking about money

Compensation might be an awkward conversation, but it is an important one to have—and companies should be embracing efforts to increase salary transparency and help their employees feel fairly remunerated. This has never before been a more important conversation, as lack of transparency into compensation and salaries perpetuates unequal pay opportunities and has the potential to impact earnings in the long-term.

It can be easy to feel that opacity around salaries is just due to the fact that you haven’t yet been given an offer, but your interviewer should at least be open to having a conversation about it. While they might not know the exact answer(s), the appropriate response would generally be to offer to refer you to the right person. If they get cagey, however, this might indicate that they’re knowingly offering a lower-than-market salary for the role, or even that the company culture is unconducive to transparent conversations around compensation.

According to Hired’s recent study on wage inequality, two thirds of employees reported they were being paid less than their counterparts for the same work, and, from those, over 40% looked for new positions. So even if you’re happy with the offer you get, bear in mind that your long-term job satisfaction may be impacted by how transparent and fair the company is about these matters.

4. They can’t clearly articulate the company’s values and long-term vision

In a post-COVID world, it’s increasingly important to many of us to be part of a company that we feel reflects our personal values and provides us with a sense of fulfilment. But values and vision only really work if everyone on a team buys into them, so be sure to ask questions around this throughout your interview process.

In addition to probing on company values, purpose, mission, and vision, you may also want to ask about DEI initiatives. According to Hired’s report, over 83% of respondents said that it was important that their employer takes meaningful steps to promote diversity and inclusion—so even if it’s not at the top of your list, a fair and equal workplace with a diverse range of employees is critical to keeping the whole team happy and satisfied on the job (which will in turn impact your experience at the company).

5. They’re rude or dismissive during the interview

Lastly, blatant rudeness is one of the most obvious causes for concern during an interview. Regardless of how competitive the role, interviewers should show respect to every candidate, as one of them will, in theory, eventually be on their team. Even if they’ve made up their mind that they won’t hire you, word-of-mouth is powerful and employer brand is as important as ever—so interviewers would be foolish to abuse their power just because you’re an interviewee. Whether an interviewer is being rude because that’s their personality or they’re simply trying to intimidate you, such behavior can be indicative of deeper cultural issues that have gone unaddressed—so don’t let it go unnoticed.

In a remote interviewing world, rudeness might manifest in different ways than in person. Some things to look out for include being late (particularly without apologizing), obviously multitasking or changing windows while you’re talking, and looking around the room as opposed to at the camera. After all, virtual interviews make the interviewers life easier, so it’s only fair to expect them to dedicate attention to each and every interviewee.

After decades of work being primarily centered around offices, the pandemic has completely overturned how and where we work. And interviewing for jobs is no exception. As we all adapt to our new working normal, it’s important to remember that, while some of us may never meet our teams in person, it’s as critical as ever that we trust and enjoy working with our colleagues. The interview process is the first preview into what a team and company culture is like, so be sure to evaluate the opportunity just as critically as you would have if you met them in person—and don’t ignore red flags that could indicate deeper issues. 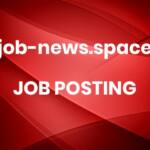